Milestones are interesting. Every now and then one comes up that makes you stop and think about how we got where we are and, sometimes, what the future will bring.

This month marks the 50th anniversary of the first 9-1-1 call in the U.S., and it’s hard to believe that 50 years have passed since that first call in Haleyville, Alabama. During that time, the emergency response process has been changed by the call handling and management technology that enables Public Safety Answering Points (PSAPs) to answer calls. Although the technology is important, it is really only an enabler — one half of the equation. The other half — the response side — starts with the call taker who answers the call and has to determine what the emergency is, where it is, and how best to deal with it.

Handling a call goes beyond the technology

In one way or another, the team at Solacom has been involved in the evolution of the call handling technology that PSAPs rely on today. But some of our team members have also worked in PSAPs as call takers and supervisors. So, when I think about the evolution of 9-1-1, it’s the stories they tell about the experiences that they have had with the technology that come to mind.

Greg Dixon, one of our regional account managers, recalls how the adoption of cordless phones in many households affected the types of calls that were received by call takers.

“The cordless phone may have been great at home, but it caused a few issues for 9-1-1,” Greg recalls. “These phones needed to be in their base stations to recharge their batteries. But they would often be left lying around the house and their batteries would slowly drain. As the batteries drained, the phone’s hook switch would begin to chatter, causing numerous erroneous calls to 9-1-1. I answered some of those, many coming from a bedroom phone, others coming from elsewhere in the house where children were screaming. Were they playing, running from a fire, witnessing an assault, or being assaulted themselves?

“At other times, it was hard to tell if the calls from a bedroom were catching a moment of passion or if someone was being assaulted. This was a huge dilemma for us. Should we disregard or dispatch? This happened over and over again, day after day, night after night. Funding and the lack of resources simply would not permit responders to be sent to every single questionable call. As a result, many call takers had to make judgment calls that may or may not have been the right ones for each situation.”

Greg and others on our team remember how the addition of paramedics caused another barrage of calls to PSAPs. Callers were concerned that paramedics were letting loved ones die in the driveway after they placed patients in the ambulance and stayed there for 20 to 30 minutes or longer as they accessed information and tried to stabilize the patient — at times trying to save a life — prior to transporting the patient to a hospital.

The introduction of pre-arrival instructions was another significant change to the call-taking process. Before this became standard operating procedure, the call taker would collect all the needed information from the call and, in many cases, close the call. Sometimes, this would leave the caller waiting for what probably felt like an eternity before help arrived. With pre-arrival instructions, the call taker kept the caller connected while help was dispatched.

Locating the emergency, not the call

Ultimately, what these and other stories emphasize is that although the technology available today has improved the 9-1-1 call management process, it is the call taker at the receiving end that remains the key to the emergency response process.

The team at Solacom is proud to have contributed to the evolution of the technology that enables call handling and management in today’s PSAPs, and we continue to work on innovations that will enable the next generation of 9-1-1. But as I reflect on the first 50 years of 9-1-1, I am struck by the fact that without the men and women who use the technology, the ability of PSAPs to provide an important community service would not be possible. So, on behalf of everyone at Solacom, to all the past and present call takers at all the PSAPs, thank you for a great 50 years.

Get a free copy of the Solacom infographic that explores the evolution of 9-1-1, and read more reflections on the 50th anniversary of 9-1-1. 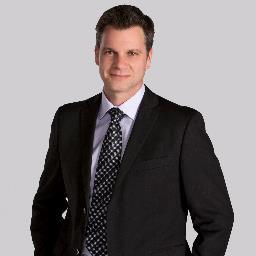